7ACRES has developed a sativa-dominant cultivar with a unique combination of sharp lemon, crisp pine, and warm spice notes. 7ACRES Jack Haze was a result of a large genetic selection program, with the goal of finding a novel sativa expression. This particular phenotype stood out among the rest, as it possessed both the sweet haze notes characteristic of a haze cultivar, along with the distinct spice aroma of Jack Herer. 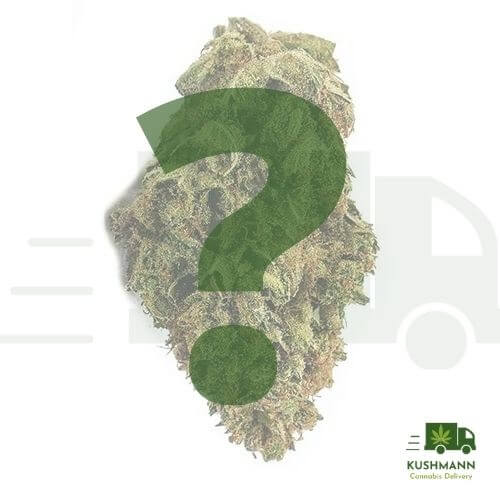 7ACRES has developed a sativa-dominant cultivar with a unique combination of sharp lemon, crisp pine, and warm spice notes. 7ACRES Jack Haze was a result of a large genetic selection program, with the goal of finding a novel sativa expression. This particular phenotype stood out among the rest, as it possessed both the sweet haze notes characteristic of a haze cultivar, along with the distinct spice aroma of Jack Herer.

What strain is Jack haze?

Jack Haze is a sativa-dominant strain from 7ACRES in Kincardine, Ontario. It has very high potency potential, and its sweet citrus aroma is created by the terpinolene and nerolidol in its terpene profile.

Is jack haze a good strain?

Yes, Jack Haze is a good strain with its multiple medicinal benefits, it provides patients with an intense psychoactive sensation. Jack Haze’s energizing and uplifting effects make it great for daytime use. Patients who suffer from depression or stress tend to really enjoy this strain.

What is the difference between Jack Haze strain and Jack Herer Strain?

Unlike the Jack Herer strain, the Jack Haze is a Sativa. It has firm buds with a dark green color and of crystals. It is very intense and it has a skunky spicy smell. Jack Haze’s smoke has nice skunky taste and is a bit sharp for the throat, it also makes your mouth dry after just a few puffs.

Jack Haze is a cerebral, stimulating strain built on the backs of some staples of cannabis breeding. The sativa-leaning hybrid is a cross between ubiquitous Jack Herer and highly resinous Super Silver Haze. This strain’s potency is sure to impress even experienced cannabis consumers. Its THC content has been measured at between 12% and 22%.

Jack Haze tends to have medium-sized blossoms that hold an elongated formation and taper down slightly at their ends. In keeping with their sativa lineage, these buds tend to be more loose and fluffy than dense and compact. The ragged-looking leaves are a pale sage green and are twisted through with curly brown and orange hairs — which are actually pistils, botanical structures meant to help with fertilization. Finally, parent strain Super Silver Haze passes on its propensity for high resin production, as Jack Haze’s flowers are covered in translucent and sticky white trichomes.

When it’s properly cured, Jack Haze emits a distinctly dank scent, reminiscent of damp soil or a musty basement. Lurking underneath is a surprisingly piney, woodsy aroma. Grinding up these nuggets gives off some notes of spice and pepper. When it is burnt, Jack Haze gives off an acrid, sour-tasting smoke that may tickle the palate and trigger coughing or watery eyes. This harsh smoke carries a pleasant flavor of pine with some lemon on the exhales, though.

This mostly sativa bud takes effect quickly, striking smokers with a sudden rise in blood pressure to the face. After toking, consumers may experience a flush in the cheeks or an uptick in analytical thinking. The user’s thoughts may seem to take on a new significance as they pick apart the finer details of any ideas or concepts at hand.

Jack Haze can also lead mentally-engaged smokers on a careening train of thought, making rapid associations between concepts that may not make much sense to outside observers. The strain’s stimulating properties can provoke chattiness in some users and outright giggles in others — especially when shared with a group of like-minded friends.

The headspace that comes with Jack Haze is a great way to accomplish a mountain of tasks, whether they’re complicated and work-related or more simple and mundane. Alternatively, the bud is a good route to enjoying some introspective solo time while staring into space and daydreaming. With effects that last longer than usual, it may be a while before smokers experience a comedown from this bud’s upbeat mood (if, in fact, they have a comedown at all).

Those who do slide into a subtle body high after two hours or so tend to lose some of their prior motivation and might be more content kicking back and binge-watching than frantically working. Others lingering under Jack Haze’s influence may be more happy engaging in activities that take full advantage of the strain’s simultaneous mental and physical stimulation: including, but not limited to, exercise, dancing, and even sex. Because of its predominantly alert and buzzy vibes, Jack HAze is recommended for daytime use. It can even be a nice accompaniment to a strong cup of coffee.

Jack Haze’s strong, head-focused properties can also be of use to many medical cannabis patients. Its lucidity can be a boon to those with attention deficit disorders, helping them to concentrate on single tasks. Its gently euphoric attitude can also temporarily soothe the troubling symptoms of mild to moderate stress and depression. Meanwhile, anti-inflammatory properties can ease physical aches and pains like headaches or nausea. Because it is more likely than not to bring about a focused, cerebral state of mind, Jack Haze is not recommended for patients who are prone to panic or paranoia or who have a low tolerance for THC.

Unfortunately for home growers, seeds of Jack Haze are not available for sale online. Those looking to cultivate the strain should obtain clippings from a reliable source that can be fostered as “clones.” While there is little information circulating on best practices for successfully growing this strain, we know that it can be grown either indoors or outdoors in a hot, semi-humid climate. Furthermore, we know that its predominantly sativa characteristics suggest that its plants may reach a medium-tall height that may require pruning and that crops have a relatively long flowering time of at least 9 weeks.

Although Jack Haze has an aroma and an energy all its own, the strength of both of its renowned parent strains shines through. This hybrid is a must-try for diehard sativa fans.

Jack Haze is a rare heavily sativa dominant hybrid strain (90% sativa/10% indica) created through crossing the infamous Jack Herer X Super Silver Haze strains. This bud brings on the ultimate in heady highs, with stoney effects that will totally leave you dazed for hours and hours on end. The Jack Haze high starts with a rush of euphoric effects that fill you with a sense of pure happiness and ease, easing away any negative or racing thoughts and replacing them with hazy bliss.

As your mind drops away into the abyss, your body will begin to settle into a lightly tingly state that keeps you pain-free and slightly relaxed without causing any type of sedation. With these effects and its high 17-23% average THC level, Jack Haze is said to be the perfect choice for treating those suffering from depression, chronic stress, insomnia, nausea or appetite loss, and chronic pain.

This bud has a sweet and spicy woody flavor with hints of fresh citrus and pine. The aroma is very earthy and herbal with a lightly spicy citrus haze overtone that turns sour as the nugs are burned. Jack Haze buds have elongated dark green nugs with bright orange hairs and a coating of sandy amber crystal trichomes.

The brothers combined a landrace Mexican Sativa with a landrace Colombian strain. From there, the best females were selected and then crossed with a southern Indian landrace strain. Finally, the brothers crossed the resulting hybrid with a Thai landrace male to create what’s known as Haze.

Sam the Skunkman took several of the brothers’ Haze seeds to the Netherlands, where he sold the genetics under the name Cultivator’s Choice. Breeders loved the strain’s uplifting qualities and stability so much that it soon became the genetic backbone for many famous phenotypes and hybrids, including Neville’s Haze, Amnesia Haze, Purple Haze, and many more cultivars that won Cannabis Cups.